UNITED AND BARCA STUMBLE AS FULHAM ARE RELEGATED

UNITED AND BARCA STUMBLE AS FULHAM ARE RELEGATED

After being knocked out of the FA Cup three weeks ago by the same opponents, Manchester United lost again to Wolverhampton Wanderers at Molineux, missing out on the opportunity to go third in the table.

United opened the scoring on 13 minutes through youngster Scott McTominay- with his first goal for the club- whose low strike from 22 yards nestled nicely in the bottom corner of the net to put the visitors ahead.

Diogo Jota drew the hosts level 12 minutes later when he calmly finished off a Raul Jimenez precise pass as Nuno Espirito Santos’ side deservedly levelled. United were reduced to 10 men on 57 minutes after captain Ashley Young was sent off for a second bookable offence after fouling Jota twice in a space of five minutes.

Wolves took advantage of the extra man, scoring a second on 77 minutes to secure the win when United goal-keeper David De Gea fumbled the ball and it came off team-mate Chris Smalling and into the net.

The result means United are now two points behind third-placed Arsenal and level on points with Tottenham in fourth having played one game more than both teams. Wolves on the other hand remain in seventh place as they continue to enjoy their first season back in the Premier League after winning the Championship in 2017-2018. Nuno Santos’ side have now taken more points (13points) off the “big six” this season than any of the other 14 teams in the league (won three, drawn four, lost three).

Fulham were relegated from the Premier League after they lost 4-1 at Watford yesterday. Scott Parker’s side needed to avoid defeat to keep alive their slim hopes of survival but got off to  the worst possible start when Abdoulaye Doucoure opened the scoring with a stunner. There was an aire of optimism when Ryan Babel equalized for the visitors but that was soon snuffed out in the second half as goals from Troy Deeney, Kiko Femenia and a screamer from Will Hughes condemned The Cottagers to relegation from the top tier. They join Huddersfield who were also relegated on Saturday following defeat at Crystal Palace.

“We always knew it was a tough ask but that five or 10-minute spell from 2-1 onwards was our season in a snapshot. The way we lost the game was the most disappointing for me” said Caretaker manager Scott Parker after the game. “When a club gets relegated from the premier League, you know there are some serious issues. I am obviously bitterly diappointed, I have ideas (of where it went wrong) but it’s not the time to broadcast them” added Parker.

In the Spanish La Liga, Barcelona survived a huge scare at the Estadio de la Ceramica as they managed to earn a point against relegation threatened Villareal. 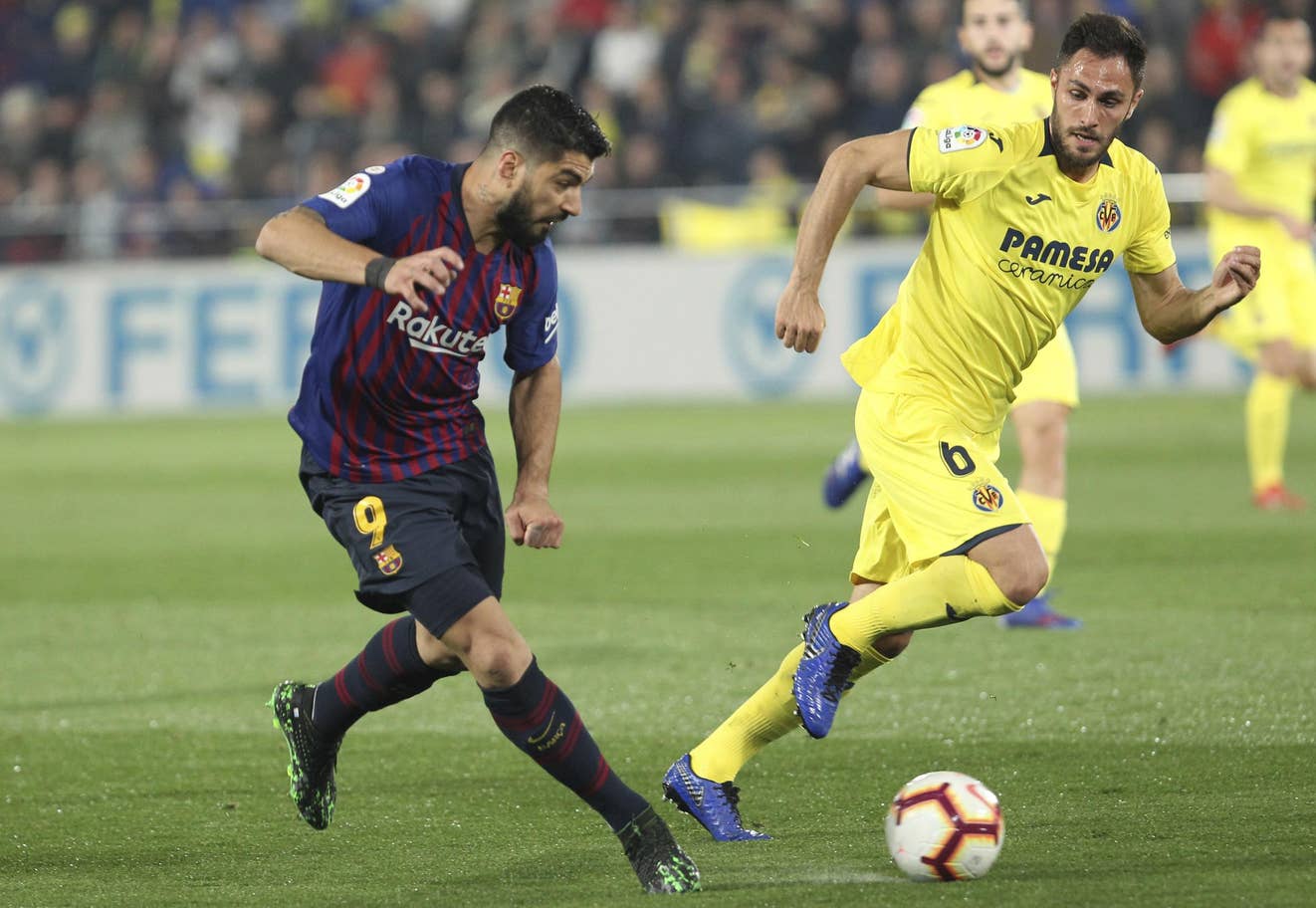 The Catalan giants raced into a two goal lead  in the first 16 minutes of the game thanks to strikes from Coutinho and Malcolm but the Yellow Submarines responded sensationally with four goals to lead 4-2, first Nigerian Samuel Chukwueze pulling one back on 23 minutes before second half goals from Toko Ekambi (50’), Vicente Iborra (62’) and Carlos Bacca (80’).

Things went south for the hosts as they had Alvaro Gonzalez sent off and the Catalan side took full advantage of the extra man, first Messi curling in a 90th-minute free-kick and then Suarez sparring the blushes of Ernesto Velverde’s side withn an injury-time equaliser.

Barcelona are still top of the table, eight points clear of Atletico Madrid in second who defeated Girona 2-0 at the Wanda Metropolitano yesterday. The pair clash on Saturday at the Camp Nou.

Juventus comfortably dispatched Cagliari 2-0 away from home courtesy of goals from Leonardo Bonucci and teenage sensation Moise Keane to go 18 points clear of Napoli in second place but it was the Bianconeri’s teenage goal-scorer Keane that stole the headlines.

After scoring in the 85th minute, Keane celebrated by holding his hands aloft, pretty much in response to chants from the home fans who replied with further chants towards the 19-year-old. This lead to a halt in play for a few minutes as a warning was broadcast to the crowd and also Cagliari captain Luca Ceppitelli appealling to the home fans to stop the chants.

The halt in play is the first step in the three-step procedure which eventually leads to the referee leading the teams of the field. Uefa president Aleksander Ceferin had on Tuesday called on referees to be “brave” and stop matches if there was abuse from “loud, aggressive and primitive” people.

Fouth-placed AC Milan were held to a disappointing 1-1 draw by Udinese at the San Siro. Polish striker Krzystof Piatek opened  the scoring for Genarro Gattuso’s side on 44 minutes but Kevin Lasagna rescued a point for the away side with his goal 20 minutes into the second half.