Morning Crossfire today sheds light on Nigeria’s President Muhammadu Buhari’s declaration that CBN should no longer give FOREX out for food importation. His words to the CBN: Don’t give one more cent to anyone for food importation. We have achieved food security and on other forms of security, we are not doing badly.

This has split the Nigerian populace into two as one side favors the president's words and another side opposes his intentions. True, Buhari has come under intense fire from Nigerians who have labeled him with all sorts of negative adjectives since 2016 in particular when he was absent for a long time.

With Wemimo Adewuni and Sheriff Quadri in the Nigeria Info FM 99.3 studio, were resource persons and these also made some thought provoking comments about the latest directive of Buhari on food importation.

Wemimo is quick to point out that even though Nigeria is blessed with abundant human and natural resources, many Nigerians are still living below the poverty line. Also, the cost of living is soaring daily. Nigeria has over 30 million hectares of farmlands under cultivation season to season. This falls short of expectation because 78 million hectares of farmlands are required for farming in Nigeria. This is adequate to feed the Nigerian populace. Considering that the population also grows exponentially, the country is not meeting up with that at all. Export from Nigeria is also decreasing now and that has been the case for some years. Yet, Nigeria is one of the largest rice exporters in the world. 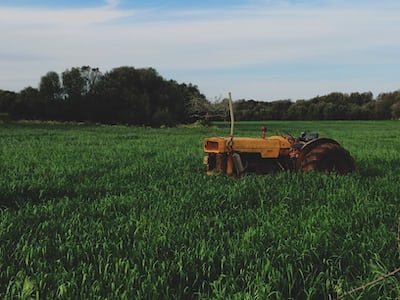 One of the resource persons, Gbolahan Olojede begins the conversation by talking on the directive given by Mr. President. He thinks that it is a bossy one.  “It seems like a command. 'I command you to go and do this' that is not a nice way to do it,” he says. “Trump doesn’t wake up and give directives like this. If you have a policy issue, you rub minds, sit down with the CBN governor, tell him what you’re thinking. Then the CBN governor will also advice. It should not start in a command form but it should have been the other way; CBN governor coming to the president with his own policies. It portrays the president in bad light like he is a military leader.”

Will the CBN governor obey that order? Olojede thinks so. He says that the CBN leader is an appointee or employee and the president is his boss. On the other way round, he and his team may try to approach the president and tell him what they really think should be done.

As per achieving food security, which is also part of the president’s comments, Ayodele Sipasi says no country in the world has attained food security. According to him, Nigeria is the largest producer of tomatoes in Africa yet we are the largest importer of tomato paste. Why? Because over half of the production is wasted in the farm. 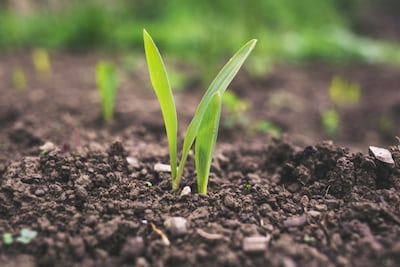 He continues: In Nigeria, the agricultural value chain is very poor. I tell people that in Africa we are the owners of agriculture but we are not the owners of technology. However, we can tap into technology to maximize our agricultural production. I made people to see how we could leverage on appropriate technology, not just any technology. What we need is the right technology. For example, if we bring robots in for agriculture, it will force our people out of jobs and right now, about 70 percent of our workforce is involved in agriculture.

“We need to cage our rural youths and make them stay to work for their country. Equip them with electricity, internet, water and these will work to produce food for their country. That's what I mean by caging. Stopping FOREX for food importation is not a bad idea but I feel that there should have been enough cushioning and timing. So what have done to improve food production, processing, packaging, transportation, which are very important in the agricultural sector?”

Get more information by watching the video below